From Rural to Green Villages

“We can now see the difference… We have biogas for cooking, which does not produce smoke like firewood…. Before cooking with firewood was a nightmare,” a female resident in the Gashaki Green Village is quoted in one Rwandan daily.

According to the Rwanda Environment Management Authority (REMA), this Gashaki Green Village is part of the Rwandan government’s efforts to build a climate resilient nation. Rwanda, of course, has a blueprint for achieving excellence in green issues, as per the Green Growth and Climate Resilience Strategy. The country is not alone in this regard as Zanele Mlambo discovered.

Green villages are gaining recognition globally. According to the Global Ecovillage Network (GEN), an ecovillage is an “intentional community using local participatory processes to integrate ecological, economic, social, and cultural dimensions of sustainability holistically in order to regenerate social and natural environments.” There is no hesitation that local participation is important in developing a green village. There are several success stories of green villages in the world, but most strikingly, on the African continent.

Rwanda, our ISSUE 04 Country Focus, with its capital (Kigali) rated in 2015 by the UN as the most beautiful city in Africa, is home to several green villages. These include Gashaki, Muyebe and others. Muyebe, for instance, adopted simple technologies that transformed the village into what the United Nations Environment Programme (UNEP) calls an inspirational model ‘of how to integrate economic development with environmental sustainability.’ Some of the technologies that were used include rainwater harvesting, biogas systems and tree planting. Residents in these green villages in Rwanda, for instance, have seen a vast improvement in their quality of life. Living in these eco-friendly villages is likened to settling into urban areas, for they do access all the basic amenities that urban dwellers do, e.g. clean water and safer forms of energy. In agreement with a report by the UNEP, Rwanda’s experience is a model worth emulating – especially for developing African countries with similar backgrounds.

Green villages are being developed in urban areas as well, even if the circumstances and drivers may be slightly (or even vastly) different. For one, in most of these urban communities we came across – be it in Europe or other parts of the world – the motivation is improvement in quality of life, environmental sustainability and preservation of natural resources. Additionally, we found that health factors are considered by those who move into the green villages. These urban areas have no challenges, with access to basic necessities such as clean water and electricity to start with. It is by choice. In Rwanda’s case for instance, the green villages mentioned are transformed from rural poor communities to green and prosperous.

What is the state of play with green villages in the more affluent areas in Africa? Considering South Africa, urban green villages are somewhat taking shape, though it is still hard to trace these in the context of a “community” as opposed to a mere building. Largely, the country has seen a number of green buildings but these do not create what we are discussing; a green village or community. Established organisations that seek to promote and understand the concept have defined green villages as those communities developed on the principle of “minimising and then eliminating environmental damage due to human activity.” These green communities do more than just provide clean spaces, but encourage the emergence of new industries for their local economies as well as inspiring their citizens. Quite a number of developers and architects are so concerned about ratings and getting the five-star rating for their designs. While this is commendable, what inspires confidence is the risk-takers who dare to imagine not a simple building or a home with some green elements, but a whole urban community or a village built or developed on the concept of green living.

Welcome to the world of Swiss national, Lukas Reichmuth, who has conceptualised a neighborhood with basic green living ethos. He calls it LIVE, WORK, PLAY. European cities have long been hailed for their “eco-friendly spaces” that combine, living, working and play. So it is no wonder then that, for Reichmuth, the emphasis is not so much on the rating (though that is welcomed) but on how to create a “village that embraces the philosophy of LIVE-WORK-PLAY.” It is quite an ambitious project, but finding its home in the area widely regarded as any buyer’s dream, and the top destination for tourists from across the globe (Cape Town), it is tipped to change the local landscape whilst enhancing the status of this majestic city. In describing what to expect from a green village in an urban landscape, one report stated that ‘green villages promote lighter infrastructure and energy efficient buildings that are easier on the environment and use alternative energy sources.’ How then does Reichmuth’s idea compare?

It is a bold and inspirational development actually. Targeting the middle to high-end earners, the Blue Rock Green Village promises the best in green living. The retail component is targeted at residents who would need not leave the village to access retail shops. Picturesque and walkable neighborhoods improve residents’ quality of life in and around those communities. Blue Rock aims to lead the way in how green communities live, work and play.

Blue Rock is not alone in this bold and definitive drive to create a wholly green village. Take ReGen Villages in Almere, just outside Amsterdam in Netherlands, for instance. The developer hopes to house a community where the residents will grow their own food, handle their own waste and live totally off the grid. The California-based developed ReGen Villages hopes use to utilise technology in creating a self-reliant and sustainable village. The developer calls this “regenerative neighborhoods.”  Some of the technologies that are being employed in this visionary concept include; energy-positive homes, mixed renewable energy sources, energy storage, organic food production, vertical farming and aquaponics, water management and waste-to-resource systems.

According to the report on this design, the pre-fabricated homes are “enveloped in a glass shell to protect the building from the area’s cold and wet climate.” Household waste can be composted or converted into biogas. If you are reading and thinking this is too posh for Africans, you are mistaken. ReGen hopes to move into Sub-Saharan Africa when the successful pilots have been delivered because there is a lot at stake. It is known that there are projected population increases in Sub-Saharan Africa, as people move from rural to urban areas – and ReGen wants to solve this challenge. If we continue to build suburbs the way we have been doing, “the planet’s not going to make it.”

There are studies that suggest that there are benefits to green spaces, especially in our urban areas, which transcend the environmental ones. A team of researchers found that ‘having ten or more trees on your block has self-reported health benefits that is equivalent to a $10 000 salary raise or even being seven years younger.’ Researchers don’t know why, exactly, trees seem to be good for people’s health. One of the members of the research team, Faisal Moola (a forest ecology professor at the University of Toronto) believes the results are indicative of the fact that there are other ways to address some social issues. “It’s a lot easier to invest in programmes to plant trees than it is to raise the median income of everybody in the city,” said Moola, in reference to a study published in 2015 (http://www.nature.com). 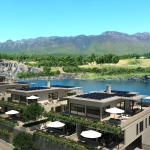 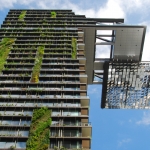 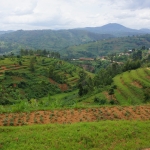